Coming every Sunday, the Hodler’s Digest will help you track every single important news story that happened this week. The best (and worst) quotes, adoption and regulation highlights, leading coins, predictions, and much more — a week on Cointelegraph in one link.

Shrinking violet Donald Trump doesn’t often share his views, so it was refreshing to see him share an opinion for once on Twitter. The United States president declared that he isn’t a fan of Bitcoin and other cryptocurrencies — telling his 61.9 million followers they fuel unlawful behavior. Trump also had Libra in his sights during the three-tweet tirade and warned Facebook’s upcoming digital currency will have “little standing or dependability.” He rounded off by reminding his followers that there’s only one real currency in America, the U.S. dollar (and this really came as a surprise, as I thought it was the Vietnamese dong.) Bitcoin prices actually reacted positively to Trump’s proclamations, as it’s unclear whether this amounts to a policy of any kind. His tweets came two days after Libra co-creator and Calibra head David Marcus assured Congress that Facebook is willing to cooperate with its hearings — even though politicians’ pleas to halt the project seem to have fallen on deaf ears at Menlo Park.

Rumblings from other U.S. institutions did have the potential to spook crypto users this week. In a joint statement on Monday, the Securities and Exchange Commission and the snappily named Financial Industry Regulatory Authority said they are unconvinced that crypto custodians can comply with strict rules designed to ensure that assets can be returned to customers if a company collapses. Tuesday saw the Internal Revenue Service raise eyebrows when leaked documents suggested the taxman planned to force tech giants to check download histories and report on crypto activity by its users. And to round it all off, Bitcoin prices took a hit on Wednesday when Federal Reserve Chair Jerome Powell said he thinks Libra “cannot go forward” unless there is “broad satisfaction” that Facebook has addressed regulatory concerns.

Bitfinex and Tether’s annus horribilis continues. The crypto exchange and stablecoin firm, accused of defrauding investors to the tune of $850 million, have been trying to get the case thrown out of a New York court by arguing that they didn’t operate their businesses in the state. But the attorney general is not going down without a fight — and submitted dozens of documents that allegedly prove this is a lie. In one document filed to the courts, government lawyers said the defendants’ “ties to New York are many and deep” and expressed opposition to their motion to dismiss. Tether’s headaches don’t end here. Also this week, the Metropolitan Commercial Bank announced it has shut down accounts associated with the stablecoin issuer.

A genteel question-and-answer session hosted on Twitter by the European Central Bank turned fiery on Tuesday when the institution doubled down on its anti-crypto stance. When asked whether it planned to add Bitcoin to its reserves, chief economist Philip Lane gave a blunt reply: “No. Bitcoin is not a currency, it rather is an asset and it is very volatile.” Crypto fans took umbrage at the bank’s dismissive answer. One Twitter user criticized the euro’s inflation levels, which mean 100 euros worth of goods in 1999 would cost 139.27 euros today, adding, “Better volatile than toilet paper.” Burn. Another responded to the bank by writing, “Bitcoin is money,” along with a GIF of Jeff Bridges in “The Big Lebowski” saying, “Yeah, well, that’s just, like, your opinion, man.” Somehow, I’m not sure the central bank will get the reference.

Survey: Generation Z does not plan to buy cryptocurrency

The youths of today… what are they like? Generation Z, the young whippersnappers who are currently between four and 24 years old, doesn’t seem that interested in what the crypto world has to offer. Granted, although it is unlikely that a six-year-old is going to become a hardcore Bitcoin evangelist, a Business Insider survey has revealed what an older part of this age group thinks. Just 5% of the 13 to 21 year olds polled said it was “extremely likely” they would buy cryptocurrency in the next six months — and 52% said they had absolutely zero plans to get involved. Trying to strike an optimistic note, the researchers stressed that the survey was conducted before the recent bull run and suggested sudden price rises may have encouraged some of the crypto-cautious kids to reconsider. 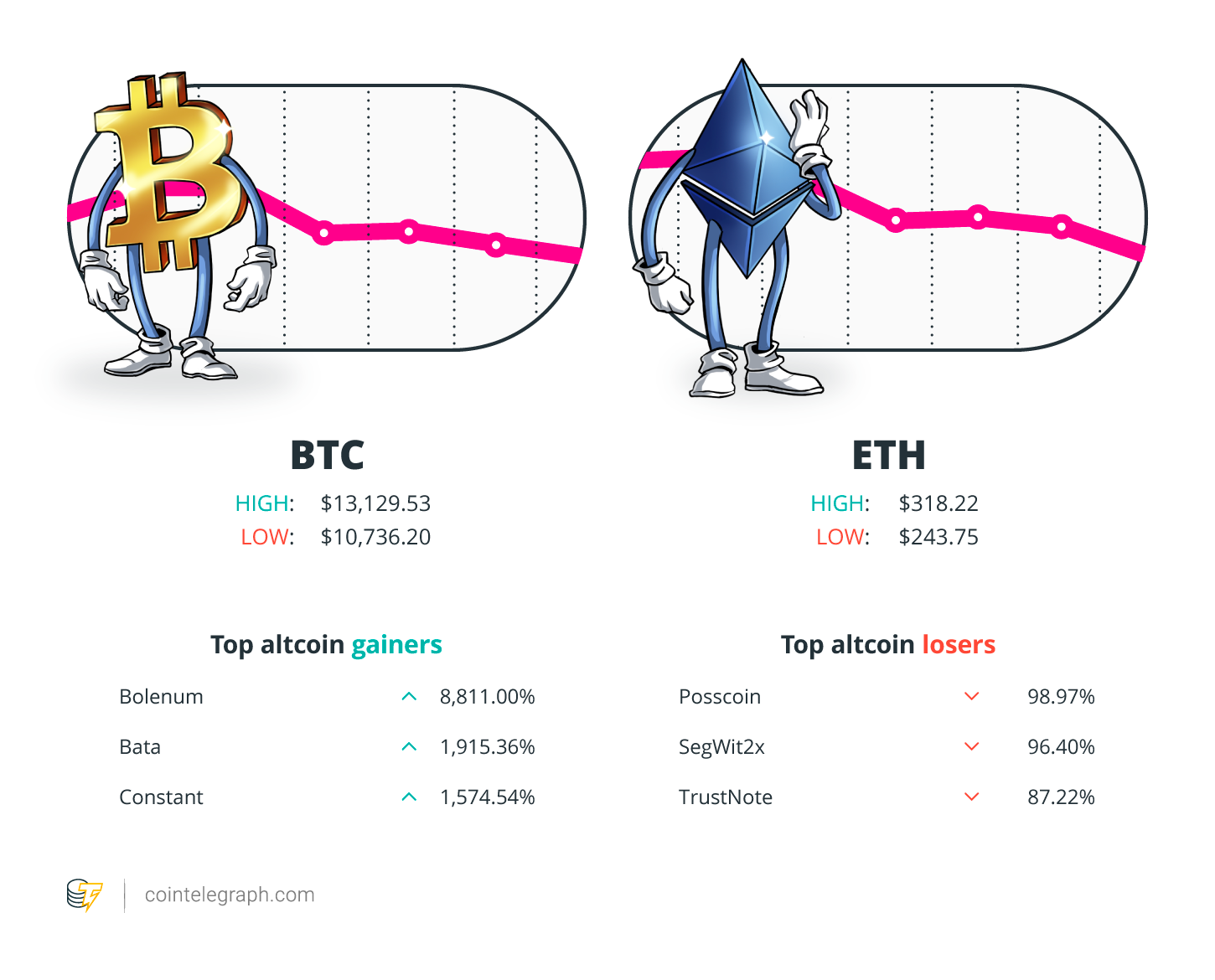 For more info on crypto prices, make sure you read Cointelegraph’s market analysis.

“I am not a fan of Bitcoin and other Cryptocurrencies, which are not money, and whose value is highly volatile and based on thin air.”

“When the mining rewards get cut in half, some miners will not be profitable and they will shut off their machine. If a big percentage does that, then blocks will slow down for some time.”

“It [Libra] has the potential to completely disintermediate commercial banks entirely, and destroy their revenue-generating possibilities. […] PayPal is f—ed anyway.”

“We need to define what cryptocurrency is at the legislative level. Then there is a fork in the road: we either prohibit organizing infrastructure for the purchase and sale of cryptocurrencies in Russia, or allow it.”

“Most people just don’t care about blockchain at this point. Maybe they should, but they don’t. And that’s just a fact that we have to deal with.”

Prediction of the Week

We have the Winklevoss twins to thank for the prediction of the week. Tyler and Cameron, who co-founded the crypto trading platform Gemini, think every FANG company — the “Big Four” internet companies (i.e., Facebook, Amazon, Netflix and Google) — will have their own digital currency in just two years’ time. According to the dynamic duo, it’s only a matter of time before tech giants follow in the footsteps of Mark Zuckerberg and his nascent stablecoin. The Winklevosses even suggested that they might list Libra on Gemini if it’s an open protocol. 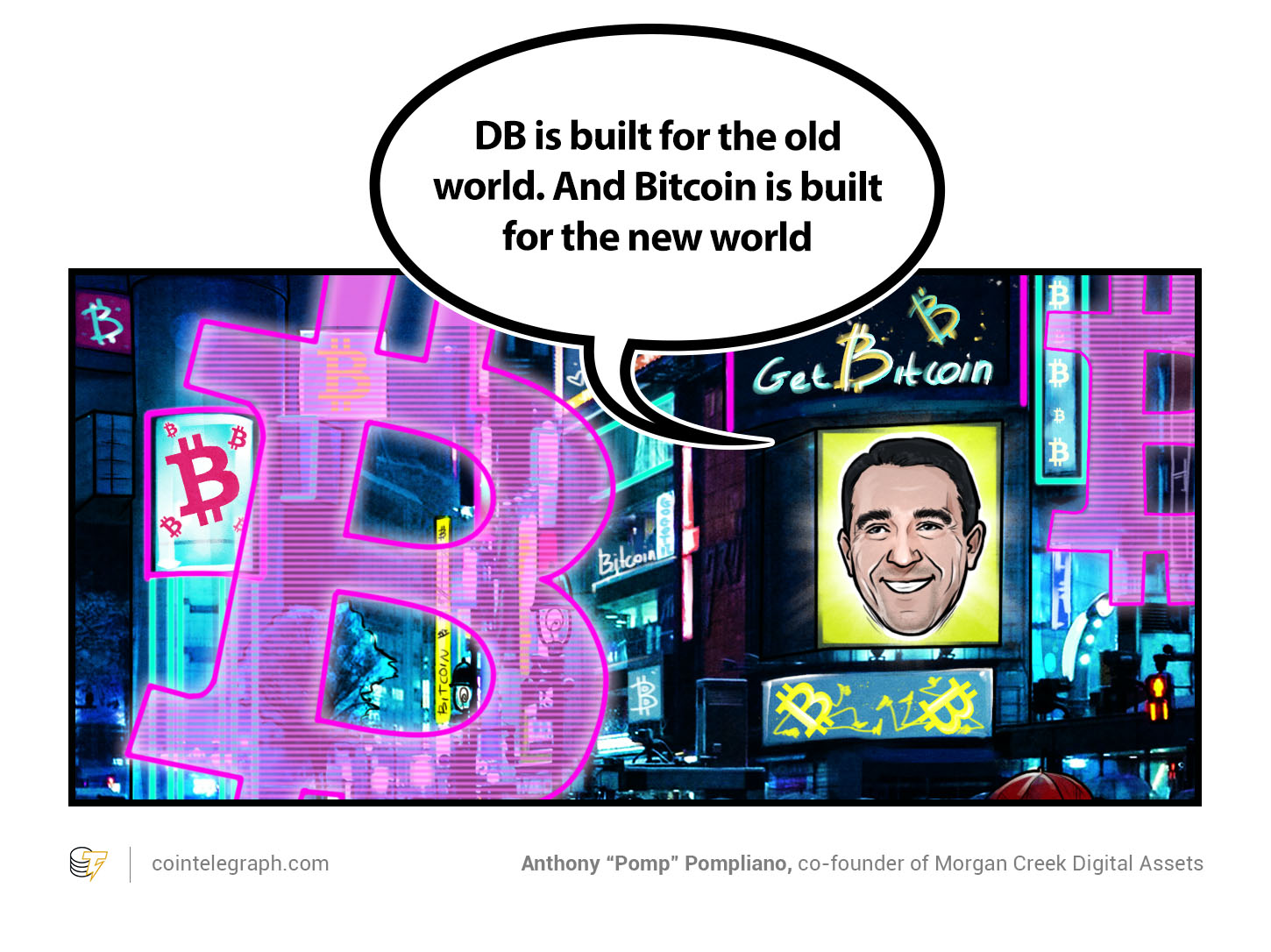 FUD of the Week

Protesters descended on Tron’s Beijing office this week in a tragic case of mistaken identity. A crypto scam in the city, which had a similar name, is believed to have swindled investors out of $30 million. Crowds jostled with police officers and reportedly yelled “Tron is a scam” — with the pictures spreading like wildfire on social media. In a statement following the unrest, the Tron Foundation said: “Tron officials expressed their sympathy and understanding for those who had been deceived, however, the company strongly condemns acts of violence that may be perpetrated as a result of events that are not in its direct control.”

Following several weeks of red flags, Poland’s BitMarket crypto exchange abruptly shut down on Monday. The company blamed a loss of liquidity for the closure. In the run-up to its demise, customers were reportedly forced to change their passwords and API keys for no reason — and speculation on Reddit suggested that some withdrawal attempts had been halted because additional Know Your Customer checks had been suddenly imposed on users. One critic claimed that BitMarket had failed to address allegations that it had concealed a hack.

We’re dangerously close to launching a Hack of the Week section, as it’s such a frequent occurrence. This week, it’s the Japanese crypto exchange Bitpoint. It suspended all services after $32 million in XRP, Bitcoin and other digital currencies was taken from its hot wallet. About two-thirds of the lost funds belonged to customers. Thankfully, it is not believed that the exchange’s cold storage was compromised. Bitpoint was recently served a business improvement order by Japan’s Financial Services Agency. At least eight exchanges have fallen victim to large-scale hacking incidents so far this year. 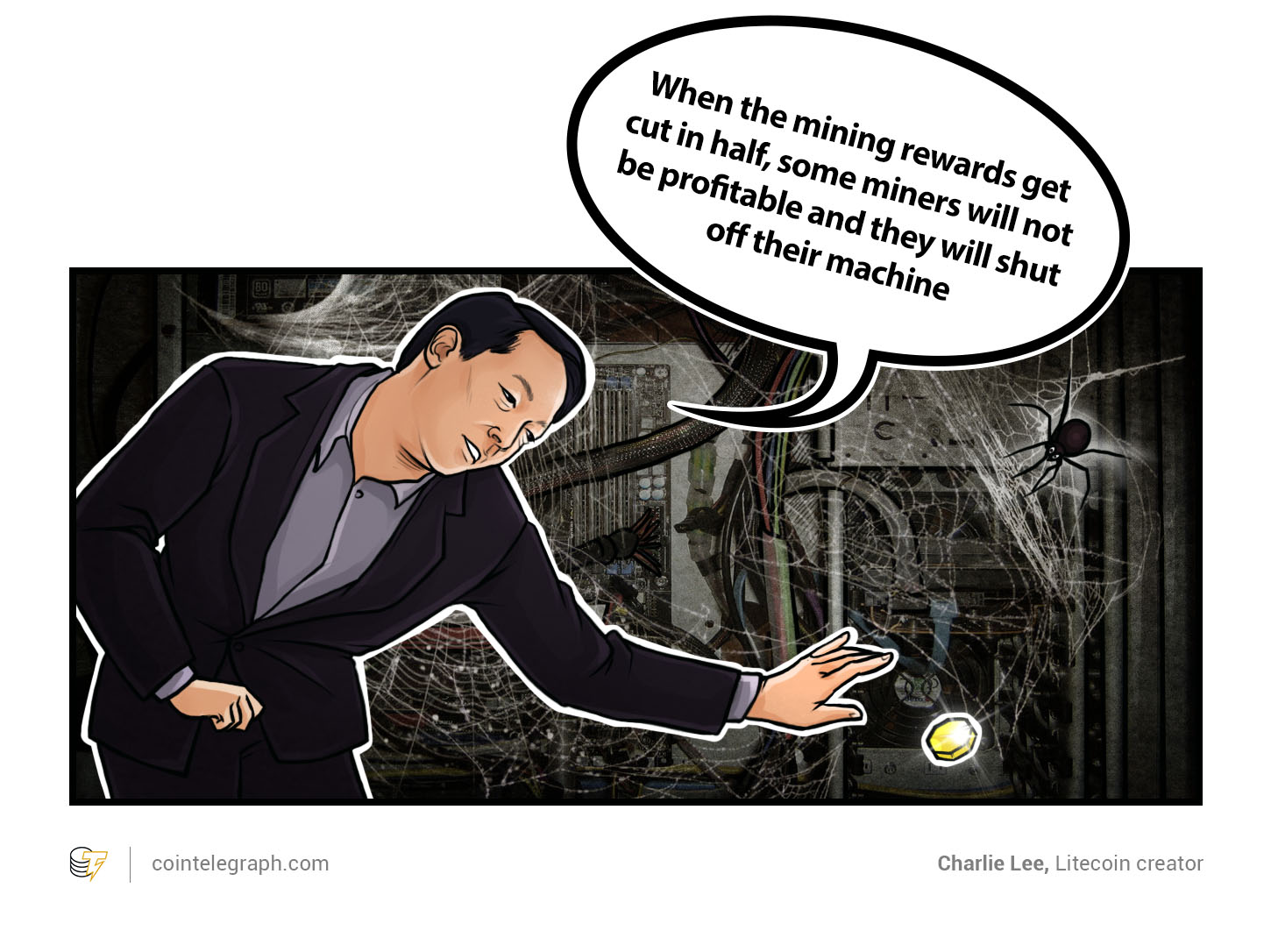 McAfee on BTC, exile and the U.S.: “No way the current system can survive”

Speaking to Cointelegraph from Cuba as palm trees swayed in the background, John McAfee said he could bring down the U.S. government and expressed skepticism about Libra — warning it will be used to monitor and trace what everyday citizens do with their money. We also asked him about his stance on income tax, which he hasn’t paid for eight years.

Top six issues that experts and entities have with Libra

With central banks, governments and crypto companies voicing their opposition to Libra, Cointelegraph takes a look at why they are concerned. As Facebook has been embroiled in some headline-grabbing scandals in the past, issues surrounding user data, privacy and censorship-resistance are among the main themes.

Libra, TON and JPMorgan Coin compared: Are they heroes or villains?

Several big players are currently putting the finishing touches to crypto projects they are planning to unveil to the world — each with vastly different aims, business models and technology. Here, we compare JPM Coin, Libra and Telegram’s TON side by side, and examine whether these incoming blockchains are the superheroes who will unlock mass adoption or villains the industry should be wary of.